Peaceland - Origins brings you back in time to November 2012 to the very first city of the entire Peaceland series - New Liberty City. Origins marked the beginning of many things - the city, the whole Peaceland series, and personally, my career in Minecraft: Pocket Edition (now known as Bedrock Edition).

New Liberty City was never the most impressive, nor popular city. Lack of (any) city planning, lack of building materials in the early days of Pocket Edition (roughly version 0.5.0), we struggled a lot with this city, especially when it comes to the technical issues of 2012 smartphone technology. With a limited 300 MB RAM, building was extremely difficult back in the day.

However, a simple misjudgement that the lag was caused by the map itself, rather than the technical capabilities of the smartphone led to sudden discontinuation of development in New Liberty City, as well as the beginning of the City of Democratia on 14th January 2014.

Today, lag is a rarity in Minecraft: Bedrock Edition, as we are no longer limited to build only on our smartphones, but also on our Windows 10 PCs. The introduction of the Windows 10 Beta and the 1.2 Better Together update marked the end of the smartphone era in the Peaceland map series.

​Looking back at our 5th anniversary (at time of writing), New Liberty City was re-released as Peaceland - Origins: Quinquennium Edition after the October 2017 brand reforms, to remind us how our building style has changed over time, to remind us that how persistence could dramatically change everything, to remind us that everyone is capable of doing great things, given the hard work.

This is the extent we've evolved in five years. How far can we go in another five? 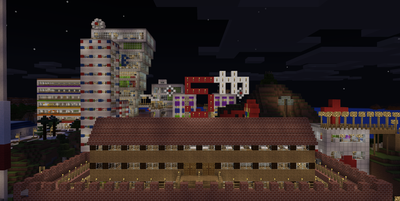 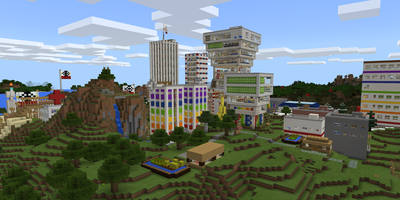